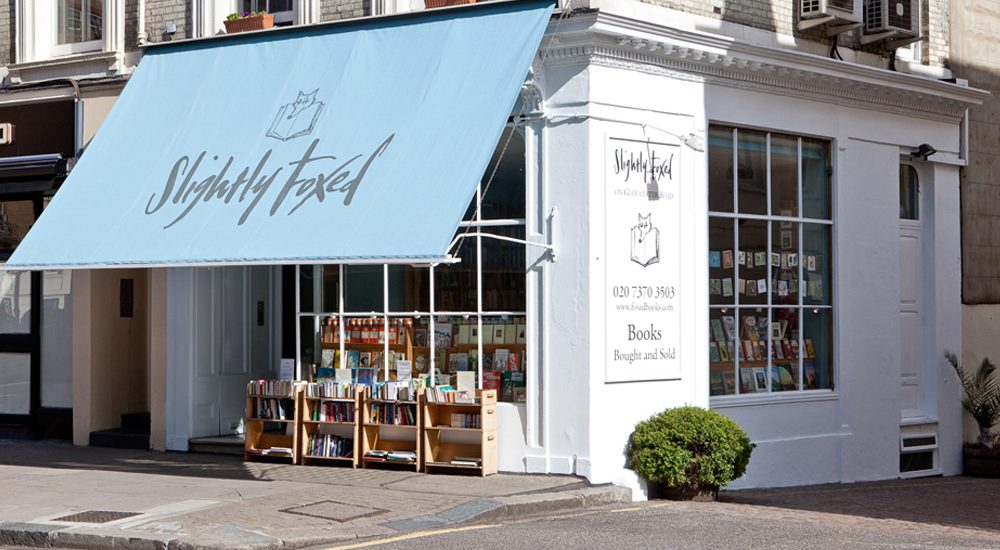 Slightly Foxed is a quarterly literary magazine for those with a passion for reading; for collecting and enjoying books and titles that are perhaps not hyped by publishers or newspaper reviews pages, but are very worth seeking out nonetheless. Slightly Foxed also publishes carefully chosen, out-of-print titles under their Slightly Foxed Editions imprint. To round it off, their bookshop, Slightly Foxed on Gloucester Road, opened in 2009.

Slightly Foxed felt their previous IT support providers were too large and anonymous and were keen to deal with a team that they could get to know personally. They required a team that knew the ins and outs of their system right away, without having to answer the same leading questions every time they phoned for help.

Slightly Foxed were running two servers; one at their Gloucester Road shop and one at their head office in Hoxton, with both systems running independently of each other. They had 10 PCs and 8 printers across both sites, with a number of staff using their own Apple MacBooks at home.

Two databases were in use: a database of magazine subscribers’ details on their head office server and a stock system based at their shop site.

Slightly Foxed was eager for their two sites to work more efficiently as one business rather than two separate ones.

Both of Slightly Foxed’s old servers were decommissioned and a new, more powerful one was built at their Hoxton office. A VPN tunnel was created between the two sites so that their bookshop and office could share resources.

Both databases’ capabilities were enhanced, with both sites gaining access to both databases via the VPN. A secure, encrypted, web-based version of the subscribers’ database was introduced, allowing staff to access and edit it off-site, at home or elsewhere.

Slightly Foxed’s POP email system was upgraded to cloud-based Exchange accounts. This allowed staff to sync their email across each of their computers and devices (phones, tablets). It also afforded them the use of shared calendars and mailboxes.

Plan IT Support helped configure a number of the staff’s Apple MacBooks for use seamlessly with the Windows-based server, allowing them to work from home or elsewhere as their work dictated.

The day-to-day IT support at Slightly Foxed is managed on a pay-per-issue basis which, as a small business, offers them both flexibility of service and peace of mind should anything go wrong.

Our Cilantro Engineering case study shows another example of how our services helped solve a company’s IT problems.

I would recommend Plan IT to any business looking for a friendly and reliable IT service from very knowledgeable people. The service they have provided is second to none, even going as far as resolving technical issues outside of business hours within minutes. Their response time is swift, and their advice is competent and refreshingly clear.